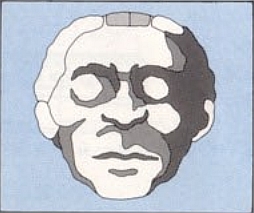 Lazaro (ラザロ), also known as Lazado, is an enemy from Star Soldier.

Lazaro appears as a large floating face. It is comprised of four separate parts which appear at the four corners of the screen, before forming together into the face. Once it is formed, it will float about and shoot at the player.

Destroying Lazaro will grant a 1000 points score bonus; however, destroying it's four parts before they form together will grant an extra score of 80000 points.

Retrieved from "https://star-soldier.fandom.com/wiki/Lazaro?oldid=1339"
Community content is available under CC-BY-SA unless otherwise noted.